I am working hard to get ready for a show I have in the Fall of 2018 at the Delaplaine Arts Center in Frederick, MD. My plan is to hang some of my polyhedra in the center of the room. But, in order to do that, I need material and a little engineering. I designed a hanging system that requires a 1/4″ hole drilled at the top of each solid and a 1″ hole drilled at the bottom. A 1/16″ braided steel cable hangs from the ceiling, passes through the 1/4″ hole and attaches to a piece on the bottom that holds the solid from the bottom. In this way, there is no stress applied to the top of the solid, which might pull it apart, and it is discrete. I designed pieces 3D printed from nylon to act as a collet for the 1/4″ hole and a hanger at the bottom. 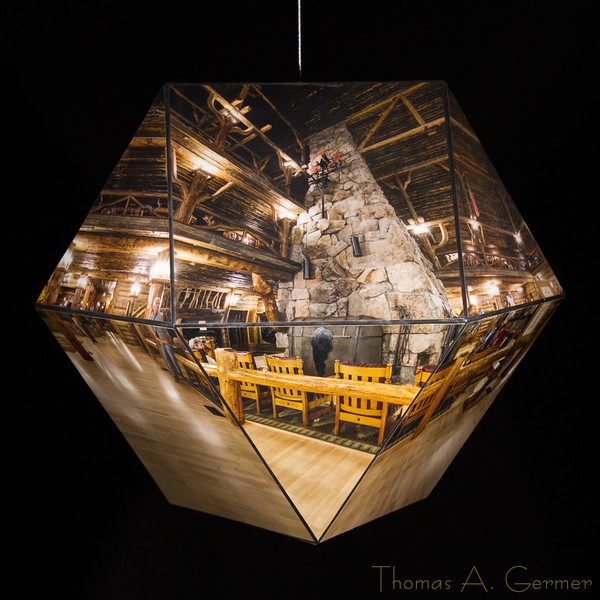 The second is was taken at the Montparnasse Cemetery in Paris, in front of the grave for the family of Henri Poincare, a famous mathematician. The panorama is mapped onto a rhombic dodecahedron. [“Poincare (Rhombic Dodecahedron)”]

The third is not a photograph, per se, but a visual representation of the Julia set, a fractal structure related to the Mandelbrot set. It is mapped onto a tridiminished icosahedron. [“Fractal (Tridiminished Icosahedron)”] 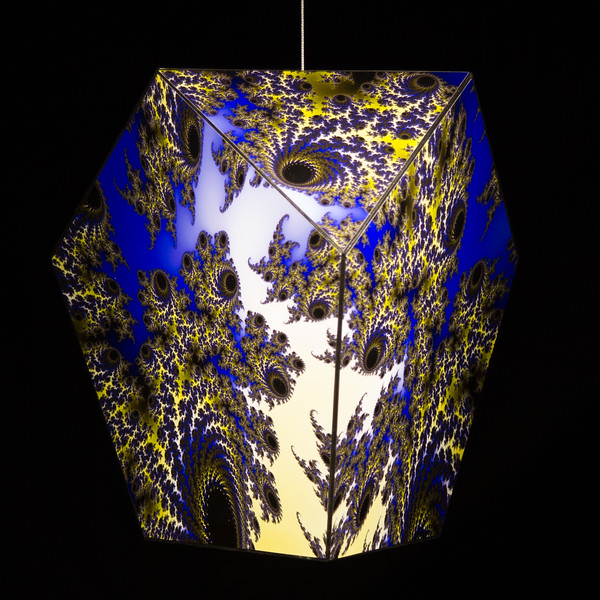 This video shows all three rotating on their cable:
Video Link

My latest photographic sculpture is this cuboctahedron with the panorama taken in the lobby of the Old Faithful Inn in Yellowstone National Park. A cuboctahedron (see Wikipedia page) has six squares and eight equilateral triangles.  You can think of it as a truncated cube, where you flatten each of the corners until they intersect. Or, you can think of it as the intersection of a cube and a octahedron. Either way, it is pretty cool!

This piece will be on display at the Art League of Germantown’s Winter Glow 2017 show at BlackRock Center for the Arts, November 1 – 5, 2017. 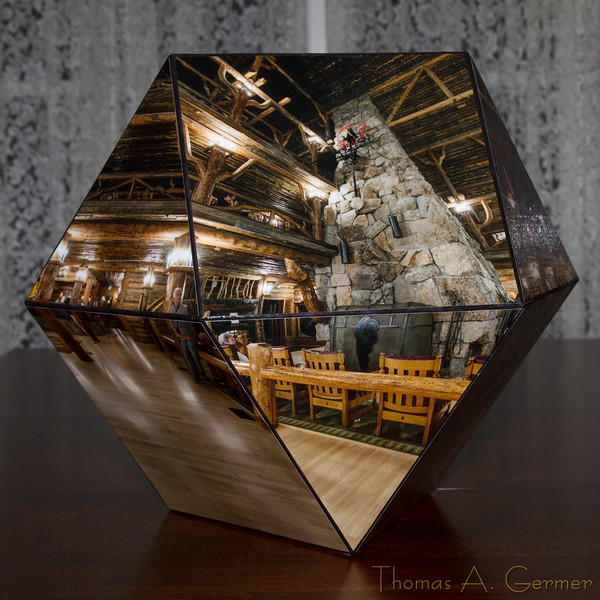 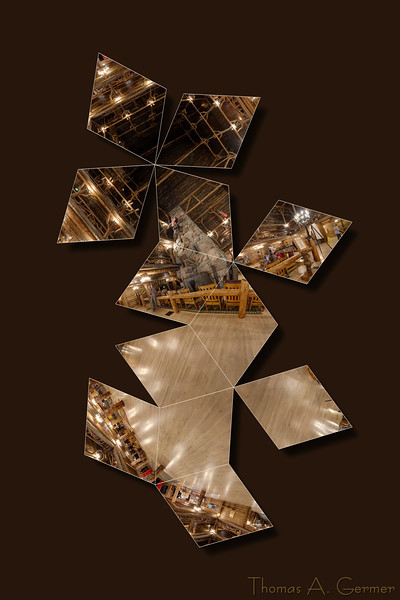 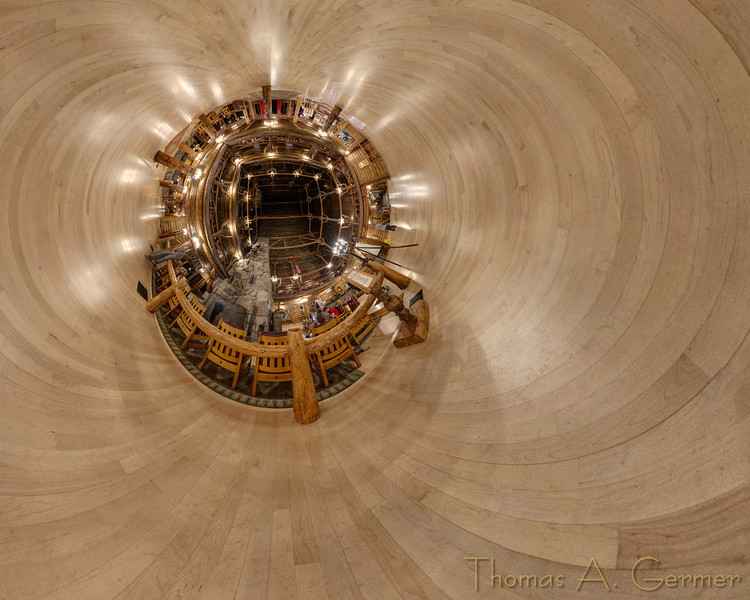 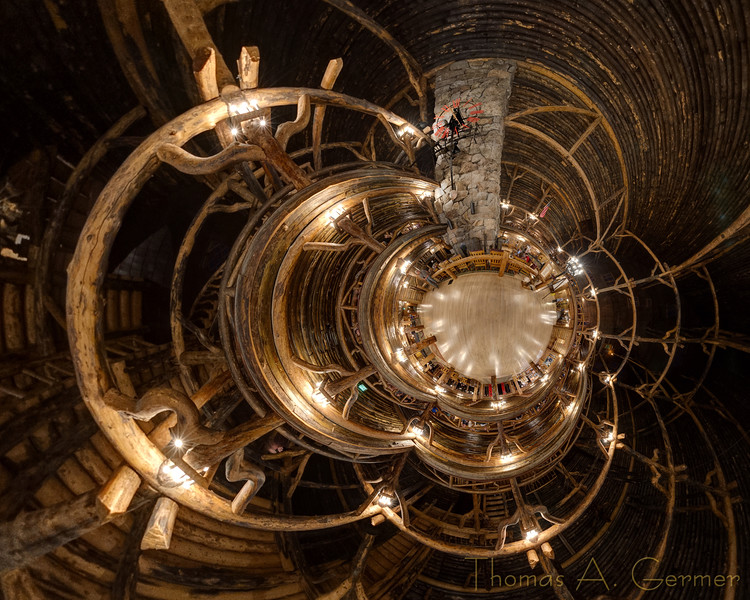 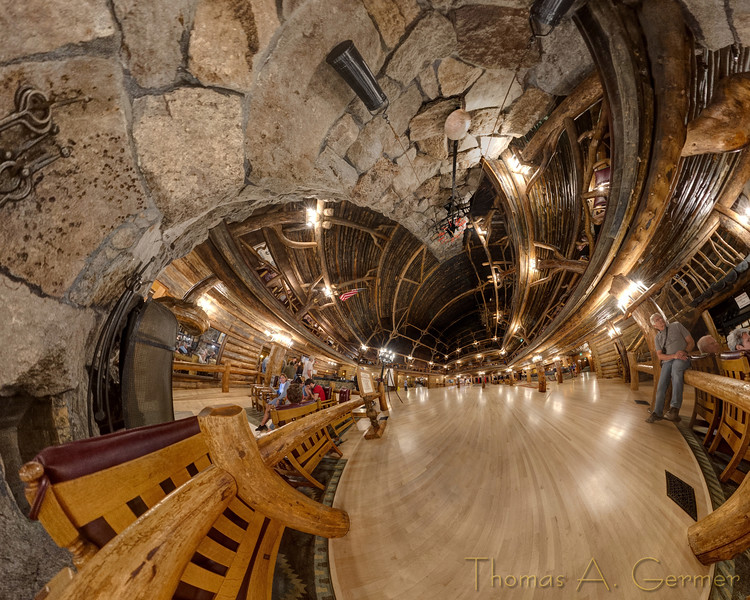 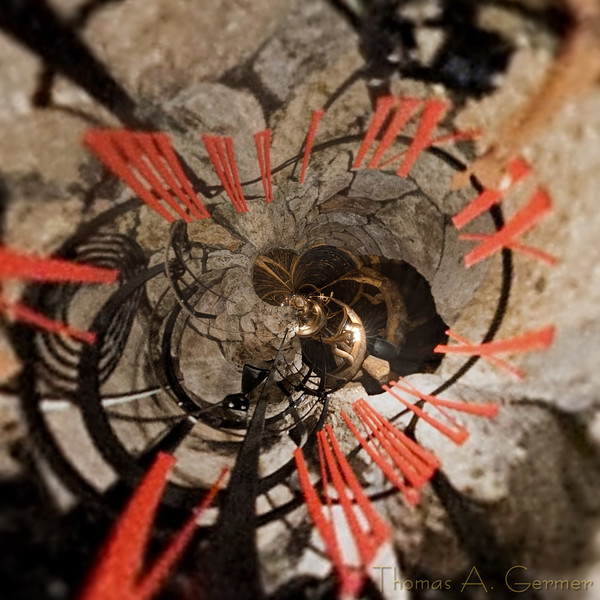 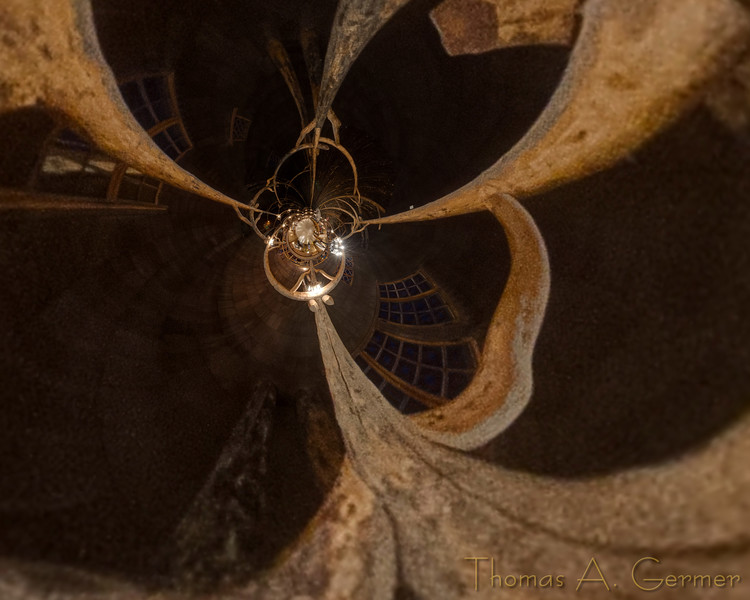 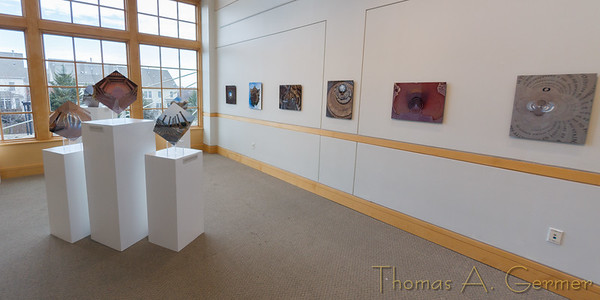 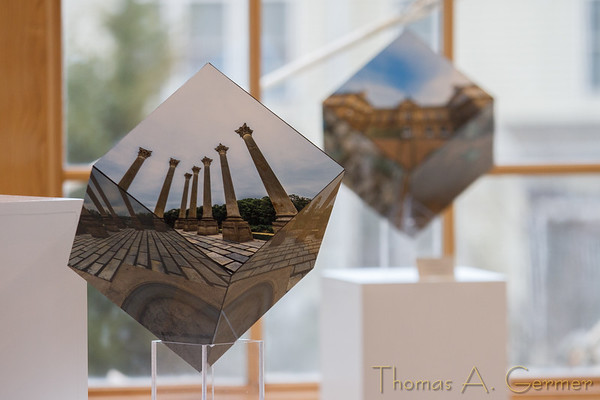 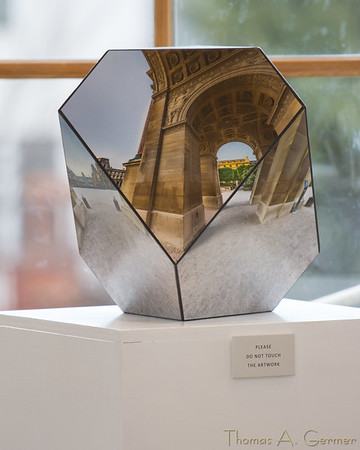 I tried to shoot this room freehand, without a tripod, in February 2015. I found that I had made an error on how I should do these freehand shots, and the stitching did not come out well at all. So, when I returned to Paris in July 2015, I made a point of going back to the Musee D’Orsay and finding this room, the Salle des Fêtes. This time, I did a better job of holding the camera in a constant location as I took all the shots. People were walking in and out, and some people practically insisted that they stand as close to me as possible. There are stitching errors in this series, but they are minor.

This set is the first in a series taken at the Cimetière de Montparnasse in Paris. Henri Poincaré (1854-1912) was a famous mathematician, who contributed many things to a wide number of fields of mathematics. One of them is very important to the field of optical polarimetry. Polarization is a property that light has, because, as an electromagnetic field, the electric and magnetic fields must each be perpendicular to each other and to the direction of propagation. The electric field can be in a single plane containing the propagation direction, in which case it is called linearly polarized, or it can be rotating one way or another, in which case it is called circularly polarized.

In my day job, I am a physicist, and I use the polarization behavior of how materials scatter light to identify and differentiate different sources of scatter. Polarization states are often represented by a point on a unit sphere, referred to as the Poincaré  sphere. Points along the equator correspond to linear polarization states, with the longitude corresponding to half the angle of the electric field, while those at the north and south poles correspond to right- and left-circular polarizations, respectively. Points inside the sphere correspond to various degrees of depolarization, with the very center of the sphere being completely unpolarized, random light. So, the Poincaré sphere represents the topology of the statistics of the electromagnetic fields.

In any case, when I arrived at the cemetery, I made a bee line for Poincaré’s family grave, which is easy to find, since it is very close to the Avenue Thierry entrance and right up against the outside wall.  All of the stereographic projections are thus titled “Poincaré Sphere (Stereo n),” while the cube is titled “Poincaré Cube.”

See the entire Poincaré collection here or enjoy them below. Enjoy!

I am experimenting with using SketchUp to render simulations of what my cubes might look like in a larger environment. At this time, I have only made 10″x10″x10″ cubes, to keep my costs and storage requirements reasonable. However, I have received some interest in larger cubes. My supplier of MetalPrints can make sides up to 40″x40″. Here are some examples of what such a cube would look like: 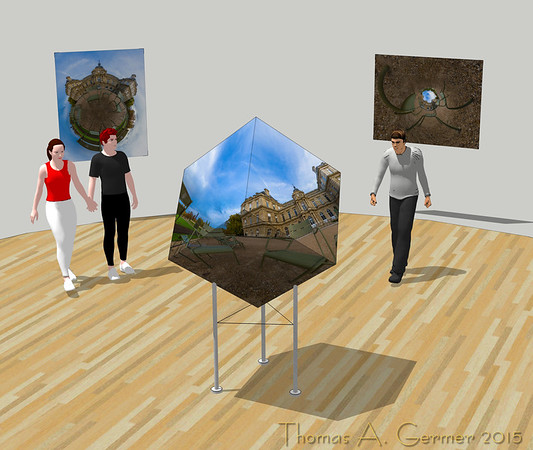 I am also experimenting with using the program to create virtual cubes to replace or augment my flattened cubes as proofs. The program allows me to virtually construct the cubes and see how they work in that format:

The panorama “Chairs at Luxembourg” was taken on a fall morning in 2015 at the Palace of Luxembourg in Paris. It was early, few were enjoying the gardens, so none of the chairs set out were occupied. With only a small amount of rearrangement, I configured my panoramic tripod to be as low as possible, and I shot this panorama among a group of chairs, with the palace in the background.

This piece will be included in my exhibit “Cubic Visions” at Glenview Mansion Art Gallery in Rockville, Maryland, June 5 – 20, 2016. I will be showing five cubes, and each cube will have two associated 2D projections, as shown here. My piece “Secret Garden” will be showing at the Maryland Federation of Art Circle Gallery in Annapolis, MD from January 29-February 27, 2016. This panoramic cube was chosen by juror Richard Olsenius as one of 79 photographs out of over 700 submitted to be shown in their Focal Point exhibit. A reception, which I will not be able to attend, will be held February 14, 2016 from 3-5 p.m.

The Circle Gallery is located across the street from the Maryland State House at 18 State Circle, Annapolis, MD 21401. The gallery is open every day from 11 a.m. to 5 p.m.

In the words of the juror, “In picking the final selection for the Focal Point exhibition, I was impressed with the scope and quality of the work. Out of 700 plus images I was drawn to over 200 that made the final choices for the show extremely difficult. From landscapes to images of complex design came personal visions in images that gave either a strong sense of place or reflected the sensitivities of the photographer’s art-making.”

This particular piece was shot in May 2015 in the Azalea Garden of the National Arboretum in Washington, D.C. A spherical panorama, it was stitched together from 54 photos shot in 18 different directions and 3 different exposures. Each of the six sides of the cube were generated from the combined panorama as 90°x90° rectilinear projections in the appropriate directions. They were then printed on aluminum sheet before being assembled into the cube. The clear stand is acrylic.